“We honor the memory of Martin Luther King Jr. and his legacy in the civil rights movement. Dr. King’s work is not yet finished, and it is up to us to continue marching toward progress and a more just and inclusive society.”

“Blood moon. Supermoon. Wolf moon. The lunar eclipse, beginning the night of Jan. 20, has garnered plenty of descriptors. But the gist is that this Sunday, the Earth will block the sun’s rays from reaching the moon, and it’s likely to look pretty awesome.”

On November 26th, a mole will land on Mars

It is a great comic explaining the event and what will be going on.

The event will be live streamed on https://www.nasa.gov/nasalive

Ars Technica has a post about some recent news regarding over 7,500 unpatched routers:

“According to a report by Netlab 360’s Genshen Ye, more than 7,500 of them are actively being spied on by attackers, who are actively forwarding full captures of their network traffic to a number of remote servers.”

You can use localrouter.net to find your local router’s web interface.

When Falcon Heavy lifts off in 2018, it will be the most powerful operational rocket in the world by a factor of two. With the ability to lift into orbit nearly 64 metric tons (141,000 lb)—a mass greater than a 737 jetliner loaded with passengers, crew, luggage and fuel–Falcon Heavy can lift more than twice the payload of the next closest operational vehicle, the Delta IV Heavy, at one-third the cost. Falcon Heavy draws upon the proven heritage and reliability of Falcon 9.

Its first stage is composed of three Falcon 9 nine-engine cores whose 27 Merlin engines together generate more than 5 million pounds of thrust at liftoff, equal to approximately eighteen 747 aircraft. Only the Saturn V moon rocket, last flown in 1973, delivered more payload to orbit. Falcon Heavy was designed from the outset to carry humans into space and restores the possibility of flying missions with crew to the Moon or Mars. 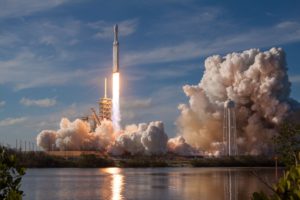 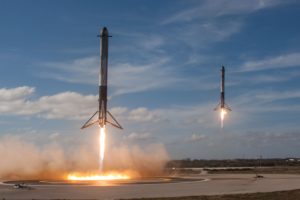 You may have herd about Amazon Key, at least one user on Twitter summed up how some feel about the idea:

*order pjs on Amazon
*go to bed
*wake to someone putting pjs on me
Me: WHAT IN THE HOLY-
Amazon employee: SHHHHHH, this is part of Prime now https://t.co/ZjqFHQ46FO

Hamas is very disturbing, they use civilians as human shields (even the children), and use their homes as weapons and weapons storage.  http://www.idfblog.com/blog/2014/07/22/report-hamas-terror-activity-in-gaza/